Are you treated with dignity?

OK. Let’s try that again. When you are most vulnerable, most in need of care, are you treated with dignity?

It is shocking the numbers of people who are not – one in five patients in hospitals for example.

I have learned something of the value of dignity over the last ten years from the Finnish writer and philosopher, Pekka Himanen. He argues that dignity is an inherent part of the human condition. Working with young people, he finds that most people struggle with the question “Who am I?” and search for who they want to be.

So it is encouraging to read our new research on businesses that are trying to bring dignity into their care services.

Cartrefi Cymru was until recently one of a number of well-motivated but somewhat ‘top-down’ charities working in the field of social care.

The values of the charity always centred around the care user, but as with so many others, it was what they users did not have that prompted a charitable response rather than what they did. It was their needs rather than their dignity that set the agenda – their incapacity rather than their capacity.

Led by Adrian Roper, the agency has now converted into a charitable co-operative. The trustees saw that a co-operative model, which gives the people that rely on the organisation a say in how it is run, could restore dignity to a service starved not just of resources, but of empowerment. 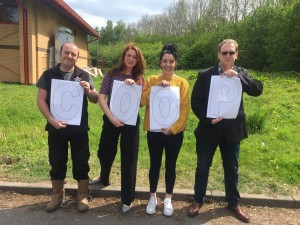 “It’s still early days, but the benefits of being a co-op already include better feedback about how we can improve what we do, a significant increase in activities which make our communities better for everyone – at no extra cost to anyone – and a host of new contributions from local suppliers and community members” says Adrian Roper.

With a turnover of £21 million and 1,250 employees Cartrefi Cymru Co-operative – the largest rural social care provider in Wales – is now a society accountable to the stakeholders that are involved with the service – its users, employees, and family supporters. The structure, which was developed with support from the Wales Co-operative Centre, offers a way to integrate the voice of these key partners into the organisation’s governance. Each needs to be treated with dignity.

There is more to health and social care, of course, not least the resources required for a service starved of funding. But talking about money without talking about voice and ownership will not tackle the dignity deficit.

To be treated with dignity is for those around you to respect who you are and the capabilities you have.

Ultimately, this is a question of power.

Do you treat people with dignity?

Now, I haven’t tried them myself, but still I’m wowed by the garden snails of Greece…

The Snail Farmers of Greece has been formed in recent years and is showing how one way to beat austerity is by doing it together. The coop organises the processing and packing of snails, long a part of the Mediterranean diet. Last month, it became the first business to offer full traceability from shell to shelf, along with compliance assurance on all European health and safety regulations.

For the lover of snails, the snails for eating are rich in nutrients and low in calories. The entire snail is used, whereas most commercial snails has its digestive system removed, so no one knows what it has eaten or where it has lived – the rest of the meat then becomes something of a shapeless mass, the snail remains packed together with others from a nameless region or country.

For the snails who are lovers, the farming is done with care, allowing for breeding with controls on time periods and climate conditions.

This co-op is one of a number that is emerging in Greece, and it is a heartening story in the context of extraordinary economic stress: wine co-operatives; agro-tourism; a ‘superfoods’ co-operative formed in Karditsa processing and marketing four best selling berries – including the goji berry and blueberries.

The UK co-operative sector formed links with our Greek counterparts when austerity hit, funding work through Co-operatives UK and Cooperatives Europe to improve the legal and regulatory framework in the country. A UK code of governance for farmer co-ops, for example, has been translated into Greek and is used to support best practice.

Today, bringing news of snails, wine and berries, I was able to welcome Lucas Mprecha from the Greek co-operative sector to Holyoake House in Manchester. Lucas is over for a month, working with the grocery co-op, Unicorn. In his bag, he brought two or three marmalades and ‘trachana’ from Muses Pierion, a first social co-operative, on the Italian model, formed by unemployed women in Katerina.

Snail co-ops remind me of an old Italian saying, quoted by George Jacob Holyoake in relation to the nineteenth century co-operative sector. That if you travel slowly, you can travel far – as long as you keep moving.

In a world of seemingly brutal competition, there is hope and vision in new acts of co-operation.

While the Taylor Review – on work and self-employment in the ‘gig’ economy – might not have floated everyone’s boat, there were a few exciting nuggets in there for anyone interested in self-organising and co-operation, which as you might expect is where we have a particular interest.
The Review picked up the theme of self-organising a few times, notably in relation to tech solutions. The ‘WorkerTech’ concept the Review highlights turns out to have a lot a co-operative and collaborative stuff behind it.
So, the following recommendation the Review makes to Government is particularly bold and forward-thinking:
“Government should work with partners to create a Catalyst to stimulate the development of a range of WorkerTech models and platforms in the UK. This would allow new and emerging solutions to develop and grow, in a “sandbox environment” with a view to better supporting self-employed people.”
Along with one or two others, such as the Co-operative College and potentially  Federation, a hub of digital enterprises in Manchester, we are eager to champion this recommendation, plus one or two others, and work with anyone interested in making a impact. This means championing the recommendation in policy terms but also crucially in practical development, as per our National Co-operative Development Strategy.
My colleague James Wright has completed a short analysis here on this in the Review. Our next steps in relation to the Taylor Review are as follows:
If you’re working along similar lines or would like to help us carve out a co-operative space, where workers have genuine agency, in whatever develops please do comment or get in touch.

Ten years ago, I was lucky enough to chair a Commission for the National Housing Federation to raise the voices of tenants in social housing.  The life of the Commission was a participative exercise in itself, ending with a large-scale deliberative forum held in Leeds with a representative sample of tenants and leaseholders across the field of social housing.

Our report was called ‘What Tenants Want’. 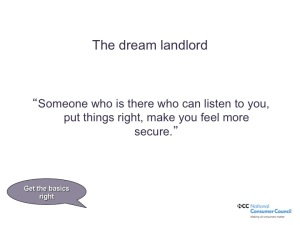 There were and are some outstanding examples of ‘dream landlords’ in the UK of housing bodies that champion the interests and the voice of tenants, including but not limited to the UK’s co-operative and mutual housing. At the same time, this was far from universal.

A neglect of tenants voice, a downgrading of their concerns could be found in many associations, including the very largest. It was, one tenant said, a ‘get what you are given culture’.

What we argued, based on what tenants had said and then prioritised, was that there was a need for a new relationship of mutuality. A mutual ethos implies a relationship that goes beyond the commercial transactions and a normal customer relationship (all of which also matters) towards an expectation of reciprocity and accountability.

A new report out from the Confederation of Co-operative Housing has the same theme, in fact ten years on.

The Commission led to the development of a voluntary code on service and accountability by the National Housing Federation for its members.

The case for a national tenant voice was one that was picked up the then Government in its new regulatory system. It is one we argued for when I led the National Consumer Council in an influential 2007 submission with Bob Chilton called House Rules. The initiative was then, however, dismantled.

It feels like not just overdue business but urgent and timely therefore to read a formal letter from a network of tenants organisations to the Secretary of State for Communities and Local Government, Sajid David, calling for a national tenant voice.

They argue that the horror of the fire at Grenfell Tower and the subsequent work being done to ensure the safety of social housing tenants demonstrates the need for a coherent, legitimate and empowered voice for tenants – and leaseholders. 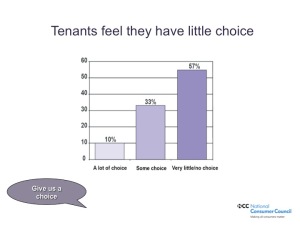 As the late Colin Ward, a pioneering author and commentator on community issues, wrote some years back: “ours is a society in which, in every field, one group of people makes decisions; exercises control; limits choices; while the great majority have to accept those decisions, submit to this control, and act within the limits of those externally imposed choices. It happens in work, politics and education and nowhere is it more evident than in the field of housing.”

We need to listen to the voice of social housing tenants and we will all feel part of a fairer and more inclusive country if we do.