“Together we made more dreams come true than we ever knew we had” says Gianpiero Calzolari, the President of Granarolo, a dairy co-operative based out of the Northern Italian region of Emilia Romagna.

The co-op was founded in 1957 and is now the leading milk and dairy group in Italy, processing 850m litres of milk from its 1,000 + farmer members, with 17 production plants across Italy, six abroad, selling to 62 countries.

Emilia Romagna is known as the most cooperative region in Europe, with co-ops accounting for somewhere over forty per cent of the economy. The formula for success has been to start early – in the late nineteenth century – and to use all parts of the cooperative sector to support new ventures. Two of the most successful retailers, Coop Alleanza (consumer owned) and Conad (retailer owned), compete today, but it was the first that helped to found the second when they saw an opportunity to extend the cooperative model.

A linked reason for success has been the values at work, what one historical account of the region describes as a ‘collective mentality’, in which values such as solidarity, a spirit of collaboration and civic-mindedness were central.

After the Second World War, there was an explosive growth of coops, responding to the needs of a hard-pressed populace, and supported by intelligent political leadership over time.

The founders of Granarolo were share crop farmers, tenants on the land. Refused permission to bring cars onto their land, they carried the urns of milk to the processing centre for the co-op by bicycle.

Today, fresh milk consumption is in decline and the co-op has been fast to move into new products, from non-dairy milk to high end cheese. Visiting the cheese production, it was a moment to savour to eat a warm, two minutes old Mozarella.

“I believe our managers have to be better than those at multinational competitors, as they want to pay as little as possible for milk, whereas we want to create value” says the President.

The co-op is active in the wider sector, supporting a new coop for example in Tanzania, now with one thousand farmers delivering milk in Njombe, pasteurising the milk and converting it into yoghurt and cheese.

The have set up a Human Milk Bank in Bologna, for premature babies, with donor mothers, supporting improved infant Heath and survival rates and restoring an age old system of wet nurses. 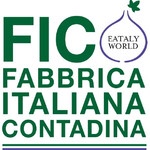 I visited an extraordinary new food industry Park, FICO Eataly, which opened outside of Bologna last month and, with one hundred thousand square metres of space, is dedicated to Italy’s wonderful and diverse range of food and drink products. Co-ops such as Granarolo have a high Profile across the park, and are major investors. The idea is already being copied, with a French version, for French produce, coming in Lyons.

“In Bologna, we have a very strong cooperative spirit“, says Calzolari. But across Italy, he sees a need for that spirit to drive change rather than continuity. “Many cooperative dairies are too small, so a lot of wealth is lost. What we need is more cooperation and less cooperatives.”